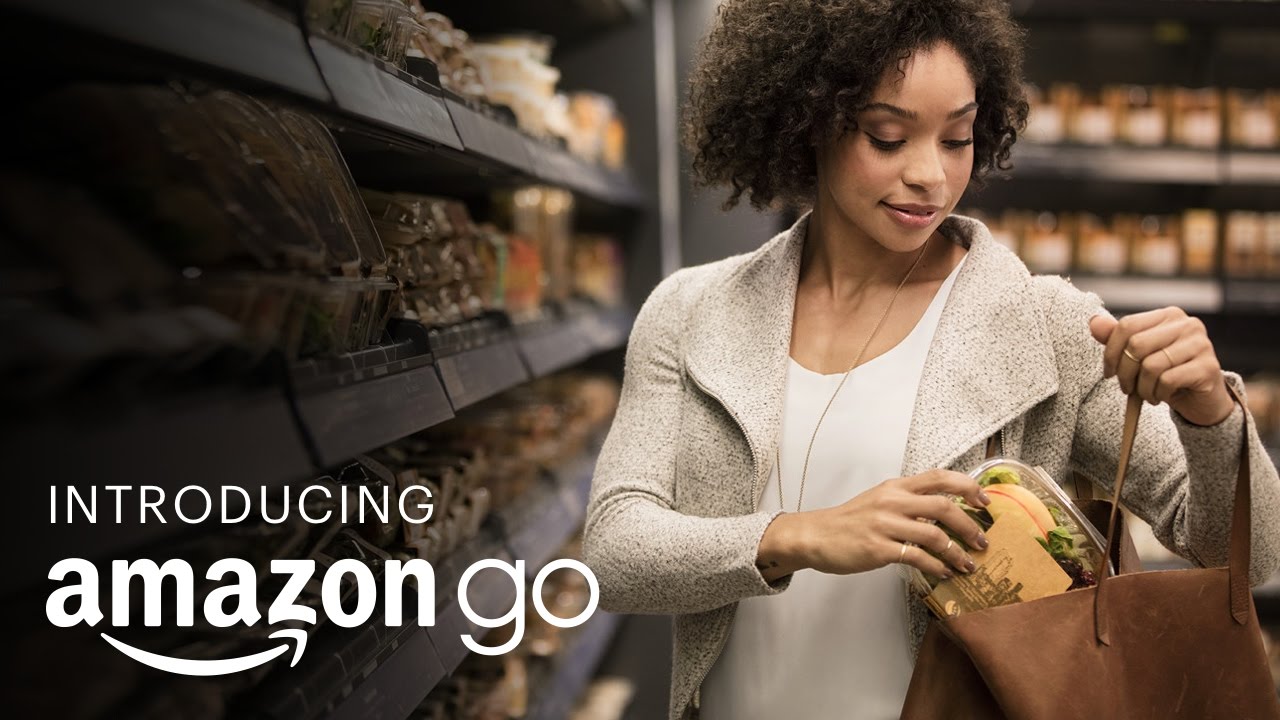 To enter, customers are required to open the accompanying app, which is connected to their general Amazon account. Scanning a QR code shown on a display at the store’s entrance opens an airport-style, sensor-equipped gate.

Once inside, shoppers no longer need to hold their smartphones as all the products and the app automatically communicate with each other, transferring data to and from the cloud. Using cameras and lasers including the Lidar system – which measures the distance to a target by illuminating it with a laser light – the store can track what people are carrying, and which items are being picked up and put down.

Applying the same kind of visual awareness technology used in self-driving cars, all the sensors are trained to recognise images, faces, environments and products. As such, the store autonomously detects what shoppers have in their baskets and charges their accounts as they exit the store, without needing to scan anything. Digital receipts are then sent to customers’ smartphones.

Due to the complexity of image recognition, at present, the store only stocks pre-packaged and ready-made food and drinks, rather than items such as fresh fruit and vegetables, which are harder to identify. Public trials are scheduled for 2017.