We use cookies to give you the best personal experience on our website. If you continue to use our site without changing your cookie settings, you agree we may place these cookies on your device. You can change your cookie settings at any time but if you do , you may lose some functionality on our website . More information can be found in our privacy policy.
Please provide more information.
Stylus no longer supports Internet Explorer 7, 8 or 9. Please upgrade to IE 11, Chrome, Safari, Firefox or Edge. This will ensure you have the best possible experience on the site.
The Brief
Brief Published: 30 Apr 2020
False

Japanese sports brand Asics has used virtual reality (VR) to promote its new shoe range to media – which was originally slated to coincide with the Tokyo Olympics. Demonstrating ultra-agility when faced with the prospect of lockdown across multiple territories, the brand created its Virtual Innovation Lab to support the project, within just one month.

The brand had originally planned to promote the shoes by flying journalists to the Asics Institute of Sports Science in Kobe, Japan to meet the scientists responsible for engineering the three new high-tech trainers. However, it quickly changed its plans when the pandemic hit, enlisting expertise from global communications agency Edelman and British VR/AR agency Solarflare Studios.

The VR experience, requiring participants to wear an Occulus Quest VR headset (which the brand gave to journalists in 19 different countries) opens in a white room with the shoes contained in a glass case. After an aural summary of Asics’ heritage, the view changes to the Metaracer, Metasprint and Metarise running shoes.

Users are then invited to participate in exercises that emphasise each shoe’s features. For the Metaracer – designed to be used in long-distance running – users move their arms as though they are running as stars flash past them. For the Metasprint – a short-race shoe – users are asked to crouch as the floor around them turns to honeycomb, referencing the shoe’s sole design. The exercise for the Metarise, which features a cushioned sole, asks users to jump in the air to mimic a volleyball player.

Asics is now considering using VR in bricks-and-mortar brand spaces to boost consumer engagement as the world emerges from lockdown. For more on this topic, look out for Resetting Physical Retail: The Future of the Post-Covid Brand Space, publishing on May 18. 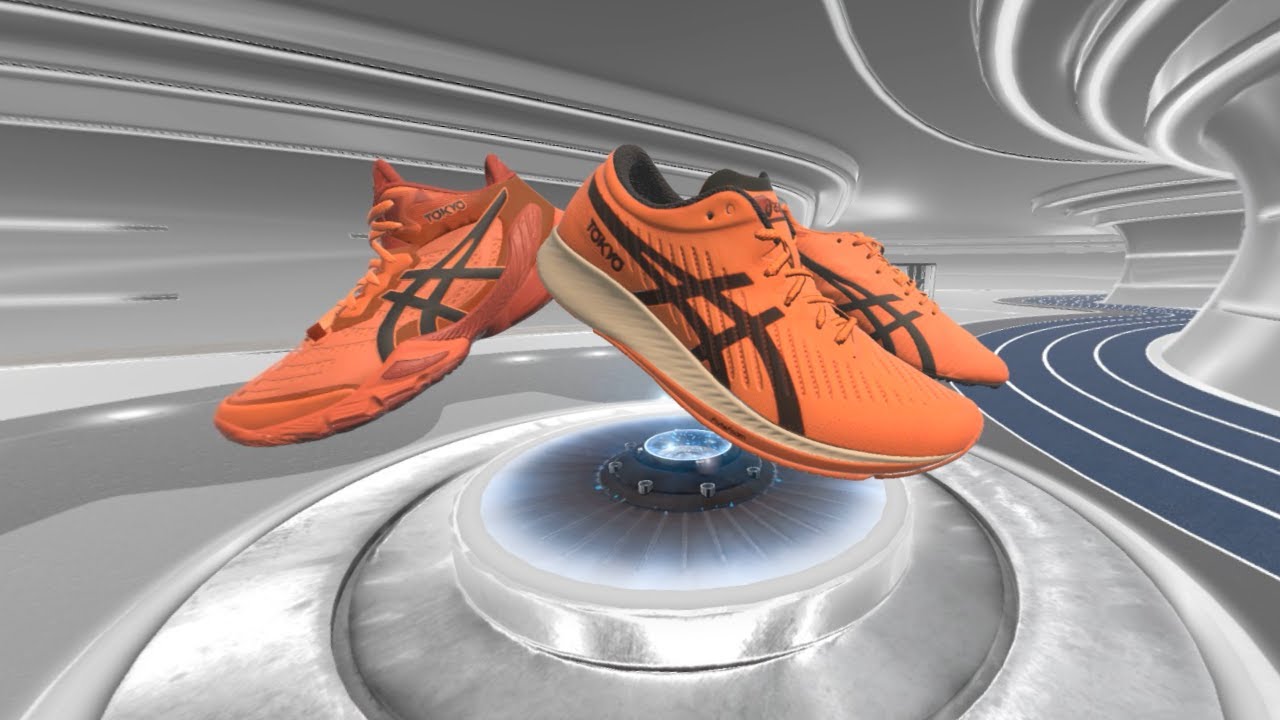