We use cookies to give you the best personal experience on our website. If you continue to use our site without changing your cookie settings, you agree we may place these cookies on your device. You can change your cookie settings at any time but if you do , you may lose some functionality on our website . More information can be found in our privacy policy.
Please provide more information.
Stylus no longer supports Internet Explorer 7, 8 or 9. Please upgrade to IE 11, Chrome, Safari, Firefox or Edge. This will ensure you have the best possible experience on the site.
The Brief
Brief Published: 6 May 2015 Weaver is a new messaging app for the Apple Watch that automatically conveys emotions and context through comic book-style characters, places and expressions.

The app works out where the user is in a conversation, predicting possible replies as message cards with text and images. It currently identifies emotions from text cues, including the use of exclamation points and all caps, but could eventually translate biometrics such as heart rate into moods.

"We've developed a form of shorthand to reproduce what we take for granted when communicating face-to-face – expressions, body language, location, tone of voice and so on," co-founder Michael Agustin told Stylus. "We wanted to focus on personal narratives."

Agustin sees the "manga-style story format" Weaver offers as a natural progression from emoji. The company's market research found that its millennial target audience "wanted a really quick way of doing single-tap expression, rather than a messaging app they already have – something as simple as Yo, but as descriptive as Snapchat".

"As developers, we need to be more mindful of how we notify users of messages," said Agustin. "You're attached to a watch; you don't want to have your 'spider sense' going off – you'll feel like Peter Parker." This could be achieved by working out who the user is with, based on their location.

For more ways to communicate and translate emotions with sophisticated new technologies, see Beyond Wearables, part of our Post-Digital Macro Trend. 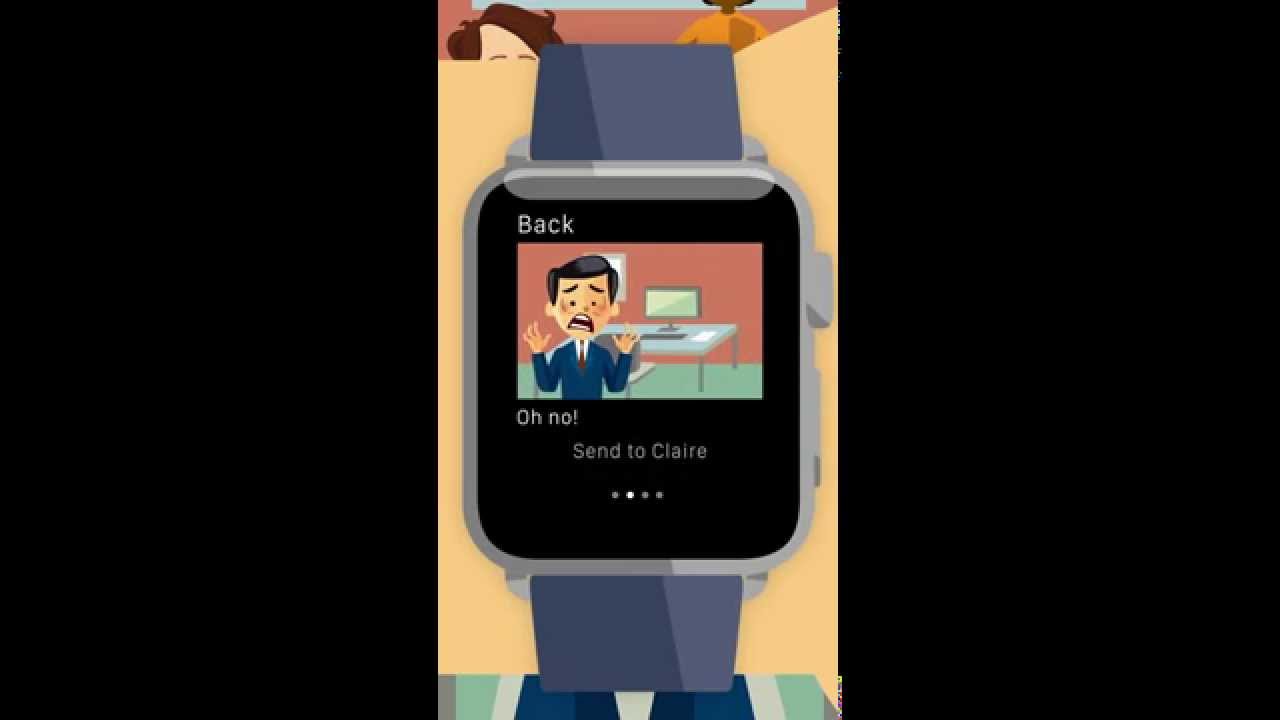