We use cookies to give you the best personal experience on our website. If you continue to use our site without changing your cookie settings, you agree we may place these cookies on your device. You can change your cookie settings at any time but if you do , you may lose some functionality on our website . More information can be found in our privacy policy.
Please provide more information.
Stylus no longer supports Internet Explorer 7, 8 or 9. Please upgrade to IE 11, Chrome, Safari, Firefox or Edge. This will ensure you have the best possible experience on the site.
The Brief
Brief Published: 30 Sep 2014 An early prototype of the truck was road-tested in July, but now its futuristic look has been revealed, as well as the workings behind its Highway Pilot automated system.

The automated system incorporates smart cameras and radar scanners to map out the road up to 250m ahead. The cameras aid navigation by recognising road markings, reading traffic signs, scanning for pedestrians, and monitoring for moving or stationary obstacles.

The truck will be fully networked, digesting traffic data and communicating with other smart vehicles as well as broadcasting constant data back to its logistics base.

Mercedes-Benz imagines truck drivers as elevated "transport managers" in the cockpit of the future, and part of a safer and more efficient goods transport network. As a result, the interior is envisaged as a workspace, rather than just a cab or cockpit, with a reclining swivel chair, mood lighting and a tablet computer for completing tasks.

Aesthetically, the Mercedes-Benz designers have strayed from a purely functional look, incorporating softly curving surfaces that "represent both efficiency and emotion". The vehicle sports a large panel of white LED lights instead of conventional headlights, which pulsate when the autopilot is engaged.

According to Mercedes-Benz, the trucks could be on the road within a decade. For more on the future of autonomous vehicles and other in-car technology, read Connected Cars 2014. 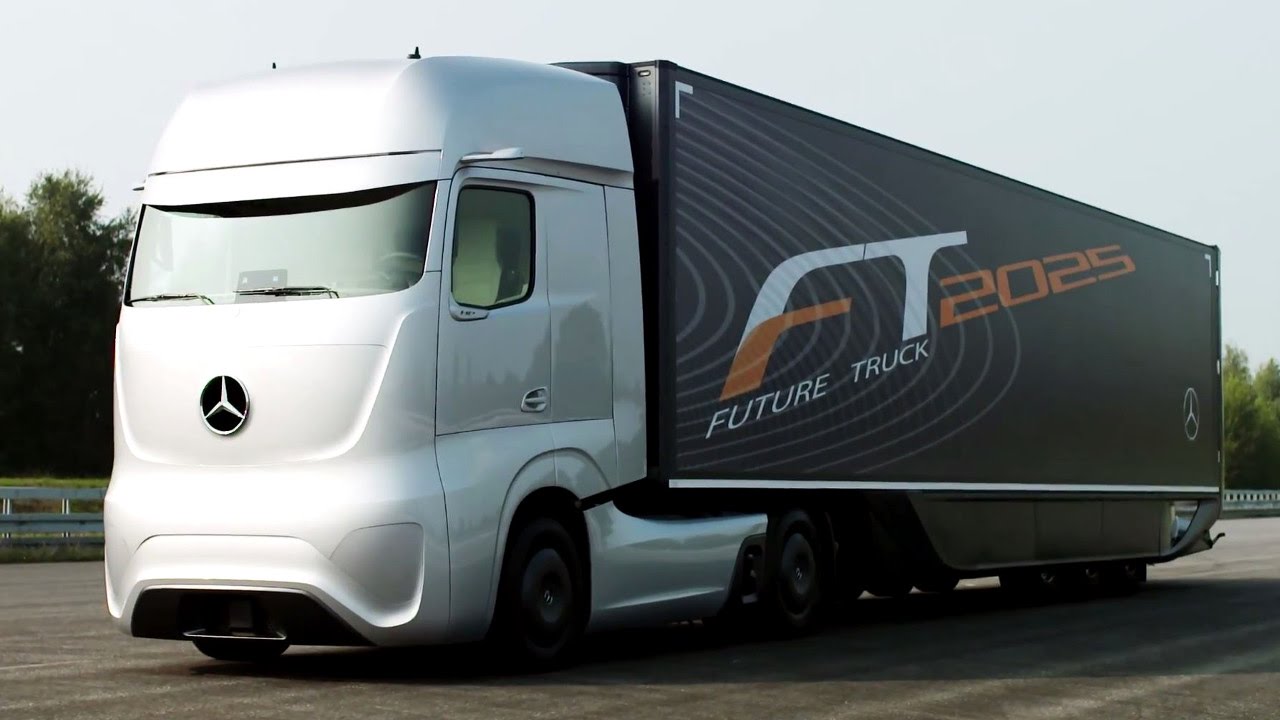