We use cookies to give you the best personal experience on our website. If you continue to use our site without changing your cookie settings, you agree we may place these cookies on your device. You can change your cookie settings at any time but if you do , you may lose some functionality on our website . More information can be found in our privacy policy.
Please provide more information.
Stylus no longer supports Internet Explorer 7, 8 or 9. Please upgrade to IE 11, Chrome, Safari, Firefox or Edge. This will ensure you have the best possible experience on the site.
The Brief
Brief Published: 20 Oct 2014

Researchers have developed a new way of making smartwatches easier to use by extending the devices' interactive areas beyond their screens.

Members of the Future Interfaces Group at Carnegie Mellon University in the US wanted to get around the difficulty of navigating the many functions consumers expect in smartwatches, despite screen sizes averaging at 1.5 inches.

To do so, they have used tiny projectors to shine buttons and notifications onto the wearer's skin. These "Skin Buttons" are made touch-sensitive with infrared proximity sensors.

The projectors currently use laser light to beam fixed icons onto the wearer's skin, but, in the future, tiny liquid-crystal displays (LCDs) could be used to create high-resolution dynamic icons.

The prototype solution costs around $5 and has a low impact on battery life. The researchers believe the Skin Buttons could even extend battery life in some cases by allowing interactions with smartwatches without activating their power-draining LCD screens.

"Smartwatches are a promising new interactive platform, but their small size makes even basic actions cumbersome," the group wrote in its research paper. "Because [smartwatches] are small and our fingers are relatively large, their interfaces tend to be simplistic."

For more on the latest developments in interface design, see Beyond Wearables, part of our Post-Digital Macro Trend. 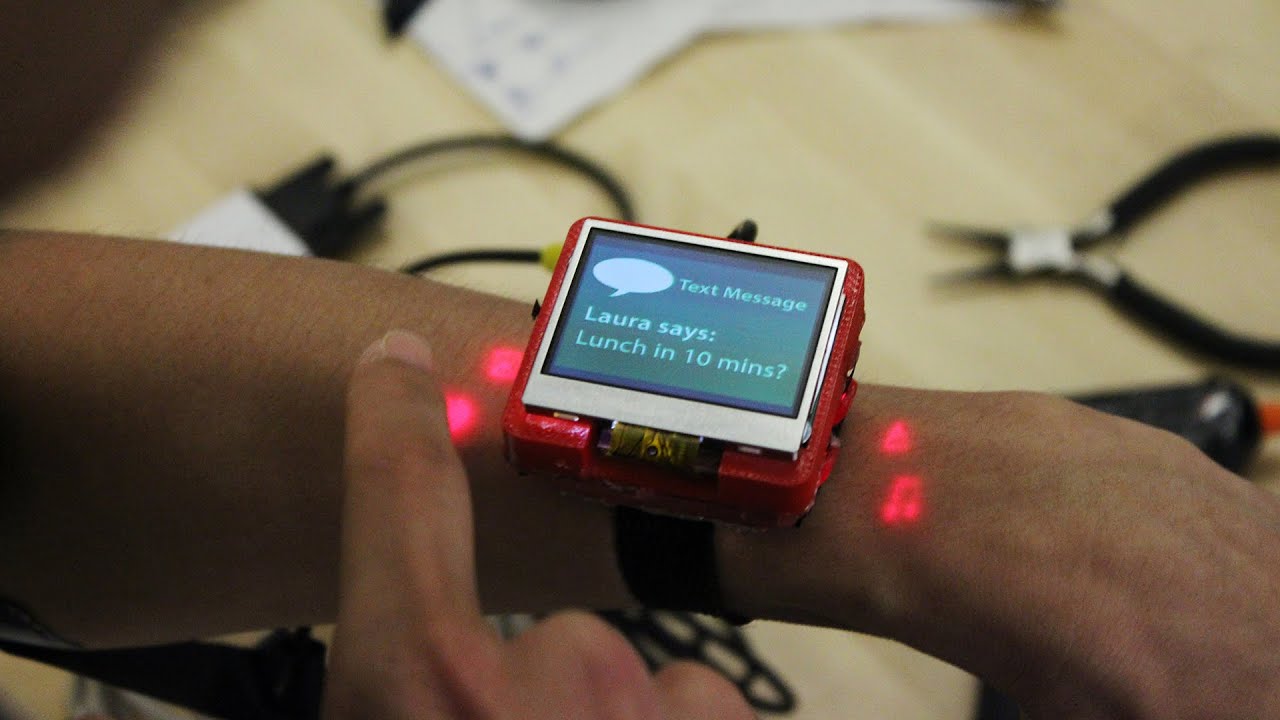