We use cookies to give you the best personal experience on our website. If you continue to use our site without changing your cookie settings, you agree we may place these cookies on your device. You can change your cookie settings at any time but if you do , you may lose some functionality on our website . More information can be found in our privacy policy.
Please provide more information.
Stylus no longer supports Internet Explorer 7, 8 or 9. Please upgrade to IE 11, Chrome, Safari, Firefox or Edge. This will ensure you have the best possible experience on the site.
The Brief
Brief Published: 22 Apr 2014 Floating interfaces made from 'curtains of mist' have been added to a conventional interactive table, offering new opportunities for collaboration.

The MisTable has been developed by researchers at Bristol University's Department of Computer Science in the UK, and will be unveiled later this month at ACM CHI 2014 in Toronto – a leading conference on human-computer interfaces.

Sensors and smart projectors allow hovering images on the ethereal interface to be bounced from one mist-screen to another or shared with the interactive tabletop with the flick of a hand. 3D images can be rotated and moved around with a finger, while floating text can be 'tagged' to physical objects within the display.

The combination of gesture and touch controls on the mist and table interfaces is a step towards the seamless and immersive interface experiences the tech industry is striving for.

The MisTable will be unveiled alongside other prototype interactive and collaborative interfaces at the conference, including a double-sided touch display called TransWall from Korea, and a grid-based interactive table called InGrid.

For further insight into the future of intuitive interfaces, see The New User Interface and Touch-Free Tech. For more on perceptual computing and human computer interfaces, see Next Wave of Computing – part of our reporting on this year's South by Southwest tech festival. 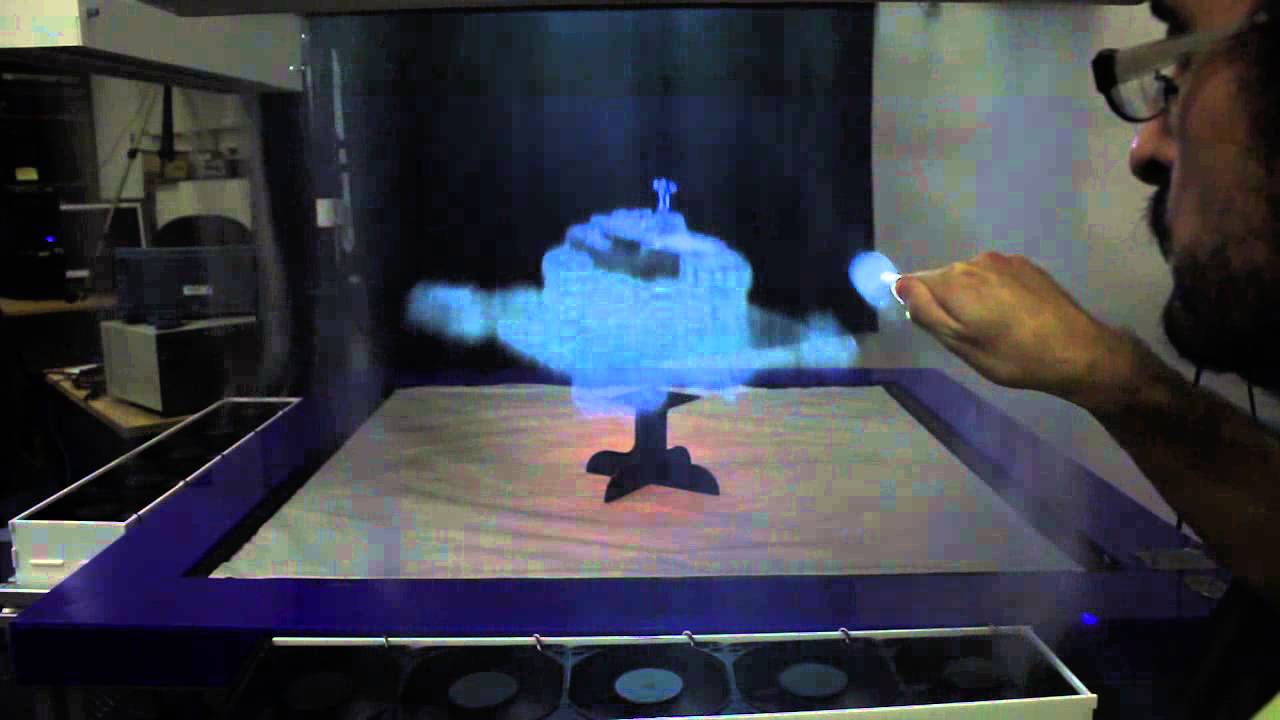