We use cookies to give you the best personal experience on our website. If you continue to use our site without changing your cookie settings, you agree we may place these cookies on your device. You can change your cookie settings at any time but if you do , you may lose some functionality on our website . More information can be found in our privacy policy.
Please provide more information.
Stylus no longer supports Internet Explorer 7, 8 or 9. Please upgrade to IE 11, Chrome, Safari, Firefox or Edge. This will ensure you have the best possible experience on the site.
The Brief
Brief Published: 6 Jan 2014

Researchers from the University of Tokyo have demonstrated the ability to move objects in mid-air using sound waves – a technique known as “acoustic levitation”.

Research into acoustic levitation has been ongoing for several decades, using ultrasonic waves inaudible to humans. However, this is the first time scientists have been able to demonstrate movement in multiple directions rather than just up and down.

The experiment used audio speakers arranged facing inwards to create a “moveable ultrasonic focal point”, which can be shifted by adjusting the output from the speakers. The set-up is capable of manipulating polystyrene balls, screws and water droplets to form complex formations in the air.

The scientists hope to further refine the technique so it can be used as a positioning tool for delicate electrical components in hardware manufacture.

Big brands are currently exploring other commercial uses for acoustic levitation. In December 2013, UK automaker McLaren hinted at plans to replace windscreen wipers with ultrasonic force fields that can repel water from the windshield of its supercars.

For more on the potential of sonic design, see Sound & Space: Sonic Design for Complete Experiences. 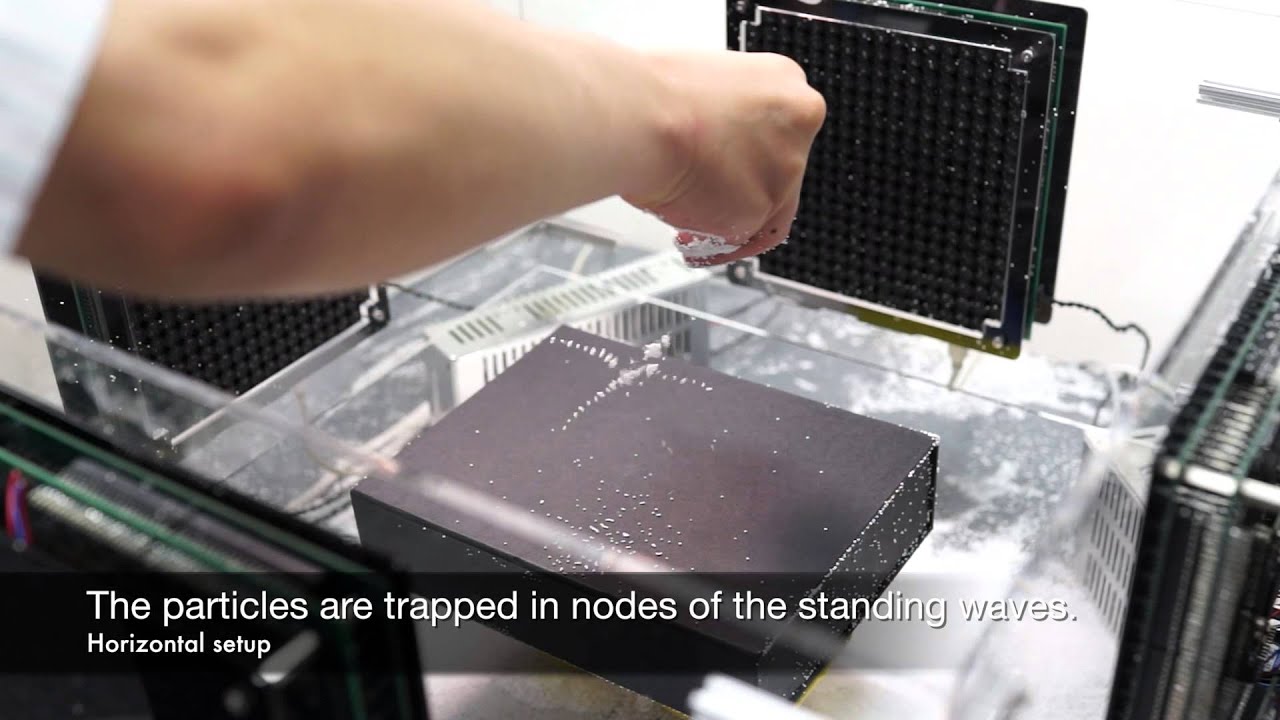