We use cookies to give you the best personal experience on our website. If you continue to use our site without changing your cookie settings, you agree we may place these cookies on your device. You can change your cookie settings at any time but if you do , you may lose some functionality on our website . More information can be found in our privacy policy.
Please provide more information.
Stylus no longer supports Internet Explorer 7, 8 or 9. Please upgrade to IE 11, Chrome, Safari, Firefox or Edge. This will ensure you have the best possible experience on the site.
The Brief
Brief Published: 14 Apr 2014
False Land Rover, a marque of UK-based automaker Jaguar Land Rover, has unveiled an augmented reality system that makes the front of the car virtually invisible to the driver, revealing the terrain below.

Cameras at the front of the vehicle send a live feed to a head-up display (HUD) in the windshield to create the illusion. Other virtual indicators such as slope angle and wheel position are also displayed.

The Transparent Bonnet technology is one of a suite of technological developments in Land Rover's Discovery Vision Concept car, which will be unveiled at the New York International Auto show later this month.

Wolfgang Epple, director of research and technology for Jaguar Land Rover, said: "As our vehicles become more capable and autonomous off-road, we will ensure the driver has the confidence to allow the car to continue to progress, over any terrain."

Live cameras are playing an increasingly important role in the transport industry. Rear cameras are replacing rear-view mirrors in many commercial vehicles, while US company Spike Aerospace is building a supersonic jet with live-streamed displays instead of windows.

For more on transparent and interactive interfaces, see Transparent Futures. For the latest in concept motors, see coverage of this year's Geneva Motor Show. 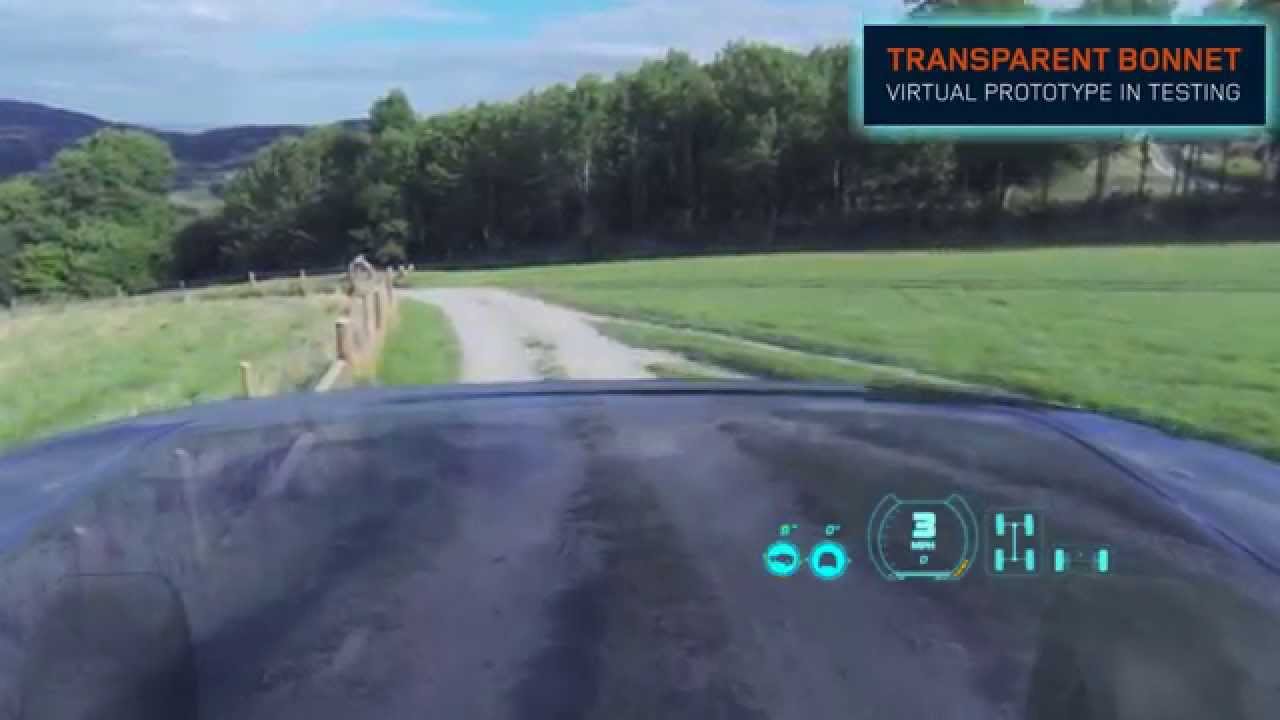